Géraldine Javoy was born and bred in a vineyard in the Loire valley, France, so the process of vinification is second nature to her. Coupled with the fact that she was one of the founders of Stonewell back in 2010, there was a certain inevitability that these experiences would blend into one. Five years ago, she created the Tawny cider port which has a loyal following and garnered many awards at home and abroad. As Géraldine discovered more of the apple varieties grown in Ireland and experimented with them, the temptation to push the envelope further became irresistible. The wines she now makes are a fusion of Irish apples and Gallic flair.
Explore more

Tawny is truly special. It is a rich, opulent and viscous apple wine, dark in colour and possessing complex bittersweet flavour. Tawny can be consumed as a slightly chilled aperitif or it also performs excellently as an accompaniment to cheese or desserts.

We create this cider by chaptalising the Michelin and Dabinett apple juice whilst it ferments. Raising the alcohol to 15%, we arrest the fermentation. This leaves residual sugars which encourage the development of highly complex favours during its minimum 12 months aging on lees.

When we consider the cider has reached maturity we pass it through dry hops. This final step before bottling adds additional flavour and counter balances the residual sugars remaining within the cider: which all goes to create an array of delightful aromas on the nose.

A still apple wine to be enjoyed at leisure and in moderation. The Tawny is produced in very small quantities, in the order of 3,000 litres a year. It is bottled by hand by our team in Cork and sealed using food grade beeswax and an individual label identifying the bottle number and signature of the cider maker.

Ice cider originates from Québec in Canada. It is an ice wine made using apples instead of grapes. In 2005 Quebec established a standard for the fermentation of a quality ice cider. It states that the apple juice used to make ice cider must be concentrated with the help of a naturally occurring cold; in other words, to make ice cider you need a long period of freezing temperatures to help concentrate the juice.

Clearly we weren’t going to achieve that in Ireland so we sought out a partner with whom we could achieve the desired result. Andreas Sundgren is a Swede who established Brannland Cider in Umeå on the Baltic coast in the sub-arctic. Experts in ice cider, we asked Andreas, to press apples, concentrate the juice using Sweden natural climate, ferment and then ship it to us. And then the aging begins, we take the fermented must and rest it on American oak to add the final touch to our finished product.
‍
This cosmopolitan, well-travelled and rich ice cider has a light golden and brilliant clarity. On the nose you can find characteristics similar to the aroma of a forest floor with touches of grassiness, walnuts, browned butter and toffee. The palate reveals a sweetness balanced by juicy and tart elements with a long-structured finish. This can be aged, or enjoyed straight away! It has a very modest 9% ABV.

Nohoval’s Arctic Ice Cider is an excellent accompaniment for cheese, dessert or simply enjoyed on its own.

One of the more fun parts of being a cider maker is having the opportunity to develop new styles and produce innovative flavours.
Elstar Apple Wine is a unique product aiming to please those of a select palate with a preference for light and refreshing white wines.
‍
The Elstar fruit is harvested exclusively from the Cappoquin Estates farm in County Waterford; under the guidance of David Keane in one of the most well-manicured orchards in Ireland.

After washing the Elstar, we grade by hand, mill using a hand driven old apple scratter and press them manually in an old-fashioned basket press. We only make a small amount every year, no more than 100 cases. All of which is undertaken by me and the team in our premises in Cork. We’ve had great fun learning how to cork bottles!

The resulting apple wine has an enveloping mouthfeel with acidity to the fore. There are soft red berry fruit aromas on the nose and a lean citrus character on the palate. This is an excellent accompaniment to seafood, charcuterie and poultry.

Enjoy it and join us in helping to create a movement towards home grown Irish apple wines!

This apple wine is made of Dabinett bittersweet apples grown in county Waterford. The juice is slow fermented over a 4 month period attaining a final alcohol by volume of 15%. Attenuation is reached and none of the original fresh juice sugars remain. The wine is drawn off its lees for aging.

Muscadet barrels selected from the renowned Chai Haute-Ville are used for storing the wine. It resides in the barrels for a minimum of 2 years during which time the coarser freshly fermented notes are softened and complimented by rich oak flavors, creating great depth and character. The bottled apple wine possesses a delicate nutty flavor, with a hint of spice and pronounced tannic apple note; providing a long and subtle finish.
‍
This apple wine is best consumed ambient but certainly no colder than cellar temperature to fully appreciate all that it has to offer.

Thank you! Your submission has been received!
Oops! Something went wrong while submitting the form. 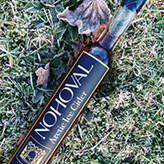 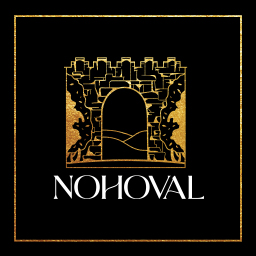 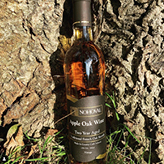 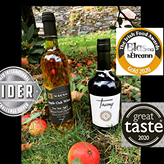 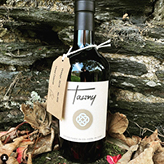 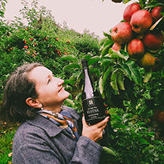 by
The Creative Corner